A selected excerpt from “Canada: Its Growth and Prospects”,

Brockville has a population of about 3400, and is “the capital” of the United Counties of Leeds and Grenville. Here the public buildings are located and the principal courts and sittings of the Counties municipality are usually held.

It is situated on the banks of the St. Lawrence. That noble river in front, rolling its clear waters onward to the ocean; while westward to the great inland lakes, the vision is lost amid numerous beautiful islands that lie scattered upon its surface; and eastward with the stream, immediately below the town, three islands break upon the view. These islands present a continuous chain, at irregular distances, from shore to shore, a distance of about 5000 feet, which at a future day, not far distant in these days of rapid progression in Canada, may form the foundation for the piers of a railroad bridge to span the St. Lawrence and connect Canada with the United States. The level of the shores on either side, a short distance back from the edge of the river, are about 100 feet above high water level.

Brockville is to be one of the terminus of the proposed “Lake Huron and St. Lawrence Railroad”, which has been surveyed, and for which plans and specifications are now in course of preparation. The distance hence to Georgian Bay on Lake Huron is said to be under 200 miles, through a country, the greater part of the way, is most favourable for constructing a railroad, and which will offer great inducements for the emigrant to become a settler on the wild lands adjoining the route.

The distance from Brockville to Montreal is about 146 miles, which is reached by steam navigation in 12 or 14 hours, passing through the far famed rapids of the St. Lawrence, or by railroad through the northern front of the State of New York, for about three-fourths of the distance, in 10 to 12 hours. It is distant from New York and Boston; from the later about 400 and from the former about 500 miles, which may be made by railway most of the distance in 20 to 30 hours.

A view of Brockville from the St. Lawrence River. This engraving is dated 1848 and was based on a drawing done by Brockville lawyer, William Sherwood.

Not less than eight of the largest and first class steamers from Canadian and American ports touch at the wharves daily, during the season of navigation, independent of the very many smaller steam and sail craft, offering hourly unlimited facilities for the transport of property and for travel east and west.

The town is chiefly supported by the agriculturists in rear, whose fine farms are scattered over the land, and weekly pour in their surplus productions over the turnpike, macadamized, and plank roads, to be exchanged for the manufactures of the town, or those from Britain and the United States.

A number of valuable manufactories are carried on, embracing a large factory for farming utensils, some of which made a most creditable display in the Crystal Palace Exhibition of 1851, one stove foundry and machine shop, and another in course of erection, a flouring and two saw-mills driven by the waters of ” Mill Creek,” which mingle with the St. Lawrence at the western end of the town. A steam saw-mill and planing-mill, three tanneries, with many and various other mechanical trades and occupations are in successful operation and employment. There is also an extensive brick-yard, and a commodious ship-yard.

Merchants stores, with goods from the four corners of the globe, are here in abundance; three bank offices of discount, telegraph office, post office, custom office   this port being also a warehousing port   and last, though not least, the town boasts of two weekly newspapers, the Recorder and the Statesman, which have large circulation in the adjoining counties. There is also in the town an extensive public library, and a well conducted reading-room, in which may be found the leading journals of Canada, Britain, and the United States.

We cannot do better than close this brief and imperfect description by extracting from a correspondent’s letter in the Recorder of 8th April last, a sketch of Brockville:

“Few towns in North America, and none in Canada, will compare with Brockville, in the beauty and healthfulness of its site. Situated upon a gently rising ground, on the summit of which stands the Court House, a model of architectural elegance and substantiality, with its classic Figure of Justice overlooking all beneath it. Immediately in rear the grounds beautifully undulate like the summer ocean, and coursing along the base of these undulations, like the great Sea Serpent amid the billows of the ‘mighty deep’ is Mill Creek, whose waters drive the busy ‘click clack’ of various machinery. Immediately to the east and to the west, some of them embowered in trees, rise the lofty spires of numerous stone, rough cast, and brick churches, where meet our towns-people to serve their God, none daring to make them afraid. In front, and away to the right and left, are many solid and handsome private dwellings, not a few surrounded by choice gardens, orchards, and other useful conveniences so necessary to good.

Up and down the Main Street are numerous substantial and handsome brick, rubble, and cut-stone stores, hotels, and other places of business. Still further off, upon Water Street, is seen the superfluous steam issuing from the work shops of the industrious and enterprising bee-hive like manufacturer and mechanic. Richly studded with islands in front, above and below the town, the ‘mighty St. Lawrence,’ touching the banks of the great and growing Republic, rolls its clear waters to the ocean, and floating, in season, ‘Watt’s’ life-moving palaces laden with the hardy emigrant from our father-land, and the fruits of trade and commerce, or the produce of the backwoodsmen and toiling agriculturist.” 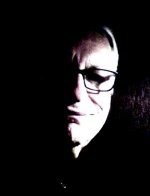 The material on this History WebLog can be copied by anyone for personal use. This includes text, photographs, drawings, and maps.

I believe that our history should be shared.

Otherwise, appropriate credit would be appreciated.

My other BROCKVILLE HISTORY WEB SITES:

My Newspaper ARTICLES on the Issuu.com site

“To me, history ought to be a source of pleasure. It isn't just part of our civic responsibility. To me, it's an enlargement of the experience of being alive, just the way literature or art or music is.”
― David McCullough

“The only thing new in the world is the history you do not know.”
― Harry S. Truman

"To be ignorant of what occurred before you were born is to remain always a child."
― Marcus Tullius Cicero

“There's an old saying about those who forget history. I don't remember it, but it's good.”
― Stephen Colbert

“The farther backward you can look, the farther forward you are likely to see.”
― Winston Churchill

“History is that certainty produced at the point where the imperfections of memory meet the inadequacies of documentation.”
― Julian Barnes, "The Sense of an Ending"